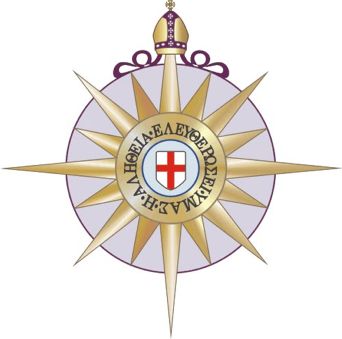 Anglicanism (from Anglia, the Latin name for England) describes the Protestant denominations that follow the religious traditions developed by the established Church of England. Anglicanism was founded by King Henry VIII (an ex-Catholic) in the year 1534. Henry VIII decided to create his own church when Pope Clement VII would not grant him a divorce with the right to remarry.

If you belong to the Church of England, your religion was founded by King Henry VIII (an ex-Catholic) in the year 1534. Henry VIII decided to create his own church when Pope Clement VII would not grant him a divorce with the right to remarry. How can one belong to a sect that is so obviously man-made? Only Catholicism traces back to the Apostles. One will not be saved unless one realize that and convert to the Catholic Faith. Anglicanism rejects core teachings of the Christian faith and is a man-made religion. There is absolutely no excuse for any Anglican being aware of this information. If you obstinately choose to adhere to this man-made religion that you know was not started by Jesus Christ, but by a mere man, you will most definitely and without any doubt – as sure as there is a God in Heaven – be condemned to eternal punishment. Only the Catholic faith is Christian and biblical, that Jesus set up the Papacy, and that there is no salvation outside the Church. See the book, The Bible Proves the Teachings of the Catholic Church for the biblical evidence for Catholicism.

The Anglican Sect has around 85 million members worldwide in 38 different church organizations, including the "Episcopal Church". The so-called Archbishop of Canterbury (who in reality is no more than a layman (see Pope Leo XIII, Apostolicae Curae)) is the recognized spiritual head of the church, though each church organization is self-governing under its own leader. In addition to those churches, the "Continuing Anglican Communion", established in 1977, is composed of churches which share the historic Anglican faith, but reject the changes in the "Episcopal Book of Common Prayer", as well as the "ordination" of women and gays/lesbians to the "clergy", and have thus severed their ties with the even more heretical main "church".

Although King Henry VIII opposed Protestant doctrines, his action in ending the Pope's role in England contributed to the advance of Protestantism under Henry's successors. Before the breach with Rome under Henry VIII there was absolutely no doctrinal difference between the faith of Englishmen and the rest of Catholic Christendom, and "Anglicanism", as connoting a separate or independent religious system, was unknown.